The beach is, as all Gold Coast beaches are, beautiful

The Arts & Crafts Markets are much loved by locals but sometimes they’re a bit hard to catch. Week by week, The Markets vary their location between Burleigh, Coolangatta and Broadbeach. But don’t stress! The Broadbeach Markets are always a favourite, and thus they come round to visit at Kurrawa Park on the first and third Sunday of every month. And when they do stop around for a visit, prepare to be dazzled.

But what happens when the markets aren’t around to satiate your money-spending desires? Don’t fret! Just across the road you can find the Oasis Shopping Centre. Whether you’re after something to tantalise the tastebuds or to soothe the shopping withdrawals, Oasis has you covered. Better yet, Oasis supplies you with $3.00 trips on their iconic monorail, which connects to directly with Jupiters Casino. 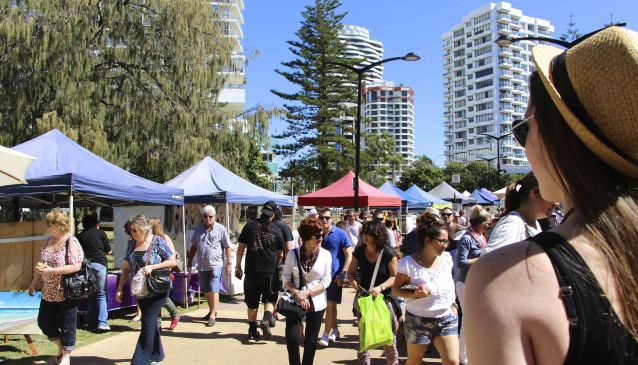 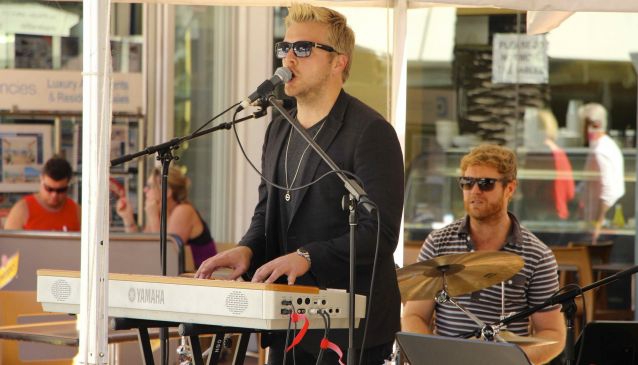 There are an insane amount of dining options available for your feasting leisure in Broadbeach, and if you’re after something exotic, the locals totally have you covered. Between the Teppanyaki, the Korean BBQ, the Yum Cha, the Moroccan/Turkish combinations, the Bavarian/German team-ups, the Thai, and the Italian, deciding on what to eat can be difficult. But never fear! Why not spread your night across a handful of different cuisines? For example, start with a couple of pre-dinner drinks and nibblies at the Bavarian Bier Cafe, then make your way across the road to the Mecca Bah for some Moroccan and Turkish inspired delights. Once done with dinner, take a short walk into the hub of Broadbeach and find yourself an Italian treat at one of the many gelato stores dotted around. 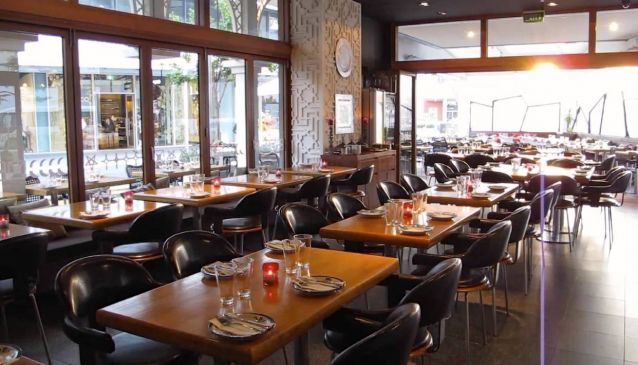 Broadbeach is one of the Gold Coast’s nightlife hotspots. Although the clubbing scene is smaller than at Surfers Paradise, that doesn’t mean Broadbeach doesn’t have you covered. Love, Platinum and East are easily the biggest of the clubs scattered throughout Broadbeach, and really take after the traditional clubbing scene. You also have places such as Howl at the Moon and Envy Hotel, which provide a more relaxed but just as exciting clubbing atmosphere. Finally, there are the bars, such as 1two3 and Onyx, both of which make a mean cocktail (or three).

The biggest difference between Broadbeach and Surfers Paradise is the crowd. Surfers Paradise is the hotspot for teenagers, uni students and most importantly: just-turned-18ers. Broadbeach is a slightly older crowd - not to say that isn’t still perfect for the aforementioned list, but the atmosphere is a little more classy, as is the dress sense. So boys, get those dress shirts and smart shoes out of the closet, and girls, tug those short skirts down a little bit and think sophisticated. 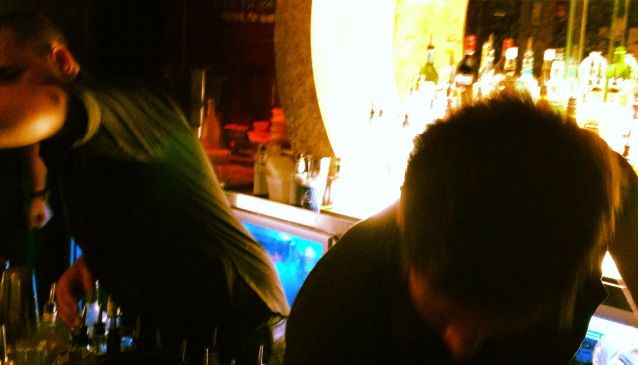 As you can imagine, you can’t write about a suburb called Broadbeach without talking about just that: the beach. Over the years, Broadbeach and Kurrawa Beach have started to be seen as one and the same. While the two beaches aren’t one and the same, it’s more likely that when a local mentions Broadbeach, they’re talking about Kurrawa. The Kurrawa Surf Club is directly across from Oasis Shopping Centre. It boasts its own spacious park, and nippers and beach volleyball on the weekends.

If you follow the walkway, however, you’ll eventually stumble upon what is actually Broadbeach, which is the perfect location if you’re after something away from the crowds. The beach is, as all Gold Coast beaches are, beautiful, and as an added bonus, is a little more private. 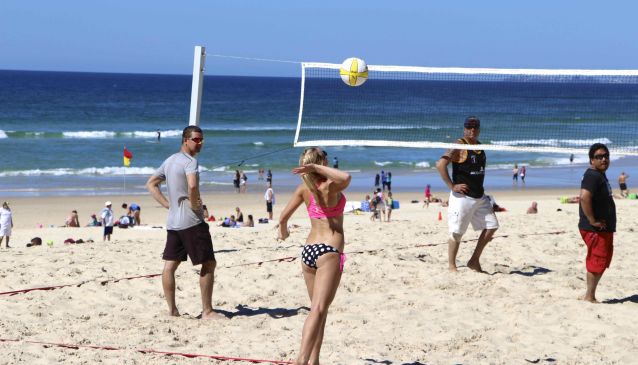