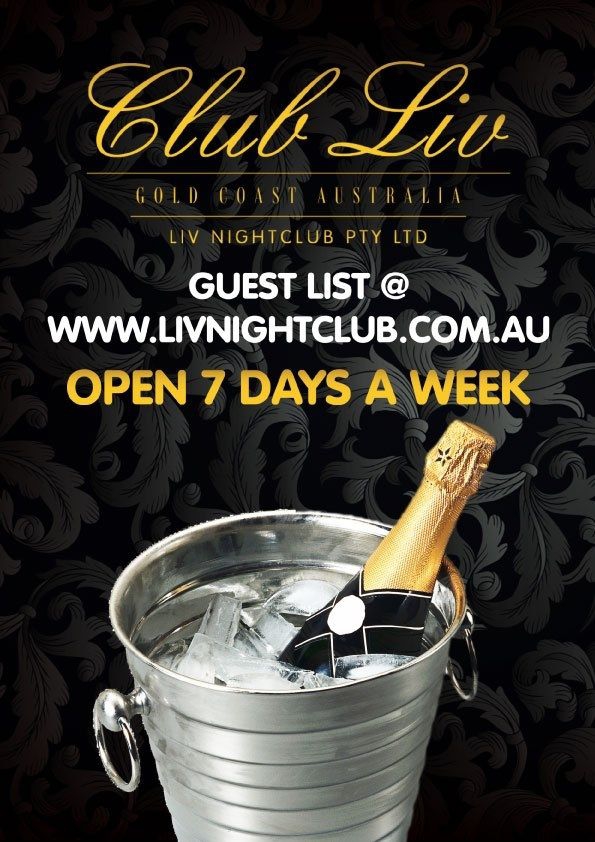 As one of the Gold Coast's youngest clubs, Club Liv only just recently celebrated their first birthday with Australia's top DJ Havana Brown.  However, it only took Club Liv a few weeks to become a Surfers Paradise favourite and is considered to be one of the top clubs in Surfers Paradise, along with older clubs such as Vanity and SinCity.  The club was also awarded GC Mags 2012 and 2013 Nightclub of the Year.

Club Liv's interior is a visual spectacle as host to the world's largest nightclub LED matrix, and boasts a fantastic bar, A-class booth service and a large dance floor.  The club is constantly frequented by guest DJs, who take the already exhilarating club to an all new level.

Club Liv host plenty of themed nights and events, and on Tuesdays, Wednesdays and Thursdays, Club Liv is the only club on the Coast to offer 'All Night Ladies Night and Corona Club'.